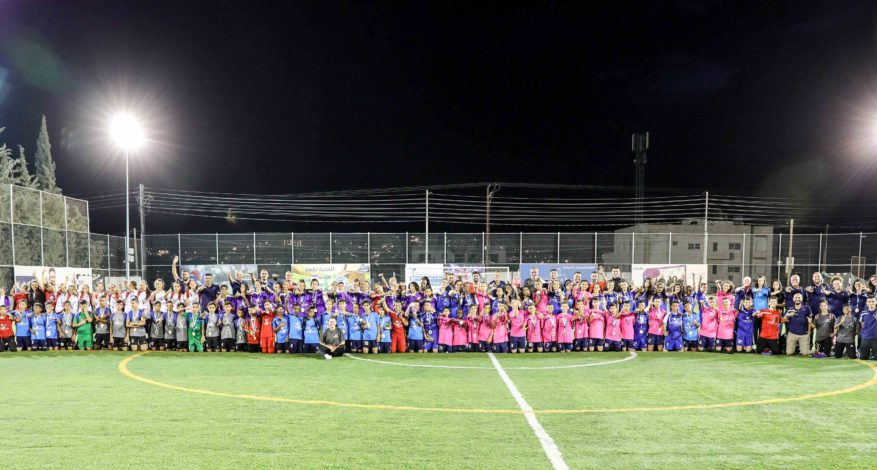 PACES Charity concluded its first regional football tournament held at the Amman Football Club between 4 – 5 October 2019 in Jordan. The Regional Tournament concluded on Saturday evening, October 5, 2019, with the participation of more than 100 boys and girls from Palestine, Jordan and Lebanon, along with their coaches and the PACES team members.

The tournament comes as part of the PACES sports program offered to all children enrolled in the program, and to football groups specifically. This tournament aims to build children’s communication skills, interact with new friends, learn from new cultures as well as give them an opportunity to showcase their talents in an atmosphere filled with enthusiasm and in the spirit of fair play.

The tournament brought together children from Palestine, Jordan and Lebanon with the objective of highlighting PACES’s developmental programs. The organization’s mission is to advocate for encouraging and promoting development through sport; a concept that PACES sports programs and  educational activities where built on, which have benefitted over 30,000 boys and girls from marginalized communities, 2,000 coaches and more than 100 sports clubs and community centers, all the while maintaining an equal participation rates between males and females.

At the end of the tournament, PACES recognized the best goalscorers and best players from all the teams that participated. PACES further emphasized that they will continually organize activities that aim to develop children’s talents and capabilities.